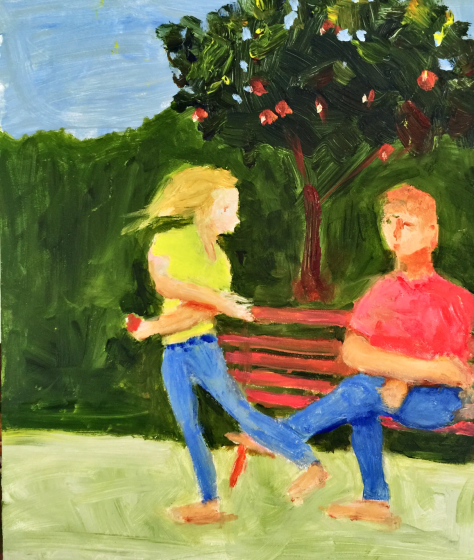 The Greek gods, the tensions and the drama around sex, love and property.. To reduce these runs the danger socializing humans to eunuchs and crones.

The current open window on normally obscured sexual lives seems to many somewhat unfair. There may be no clearly “fair” way to deal with sex, power, money, especially in the context of market and media.

The reported events often go back more than a decade to a different time when rascally male behavior was more expected, shared in stories between males but also shared and even bragged about by women. The current state of sexual revelations in the public mind is partially unfair also because it is too obviously motivated by opening the window with political consequences.

There is a tendency in society to declare most sex illegitimate. The age of consent goes up. The boundaries are moving toward making it a tort to have a relationship with – lets start with professors and students, lawyers and clients, doctors and nurses.. The trend is to find a relationship with asymmetrical power off-limits. But doesn’t this work against social mobility and create more of a caste system? The issues are profound.

Maybe the trend is toward making us all afraid of sex. The dram of flirting, or pursuit and rape as in the lives of the Greek gods, ae severely condemned. But what is the impact on the human condition? One effect is to make the market the preferred solution to all human needs. If you feel an itch, go buy something.

But perhaps most unfair because the tendency is to make saints of women, which many object to anyway with the decline of sexual activity in society while making demons of men and blending the boundary between sex and violence.

But the analysis of motives is weak because of ignoring the role of media and advertising in creating an atmosphere which is super charged for sex. The lack of symmetry is astounding. Notice how on entering a party with an attractive woman the women all look at her, not at the man.

Why are the vast majority of magazine covers in the checkout stand at the grocery store pictures of women? Why in a mall are there so many women’s clothing shops and so few mens ?

Men think about sex a lot, but so do women, The meme “its not about sex it’s about style” doesn’t fit the observable of the way most women twist their body in the mirror while dressing at home or trying on new clothes in the boutique. They want to look sexy – and they succeed.

Interesting that the burka In Islamic culture and nudity in many tribal cultures are equally effective in keeping sex socialized. It’s the use of clothes to vamp the eye of the beholder that is going unquestioned.

The asymmetrical relationship of men and women to market and advertizing is a great example of how major economic flow in society is based on very fundamental aspects of human lives. Yet , while there is a large social science literature about sexuality on the periphery, it is hardly central to mainstream economics, which gets away with discussing utility and preferences, not what real people do ( For that we need to take novels seriously).

Economics and sex, economics and food, economics of a roof over our head, the economics of our spiritual lives, all seem central to the way lives are lived and economies are shaped but mostly ignored by economists. A good analysis of sex and the markets, especially advertizing, would be a real contribution to understanding a deep social problem. Such an aanlysis would discover connections with race and poverty. Take for example the idea of property. It comes from “proper” is in what is proper to a man of rank to show his status on society. (“Are you dressed properly, appropriately, for the dinner?”) How such social signs become disconnected, alienated, objects for is a major story.   Thus kind of analysis, between reporting, anthropologt and noels would help ground economic thought. Plenty of opportunity here for economics.